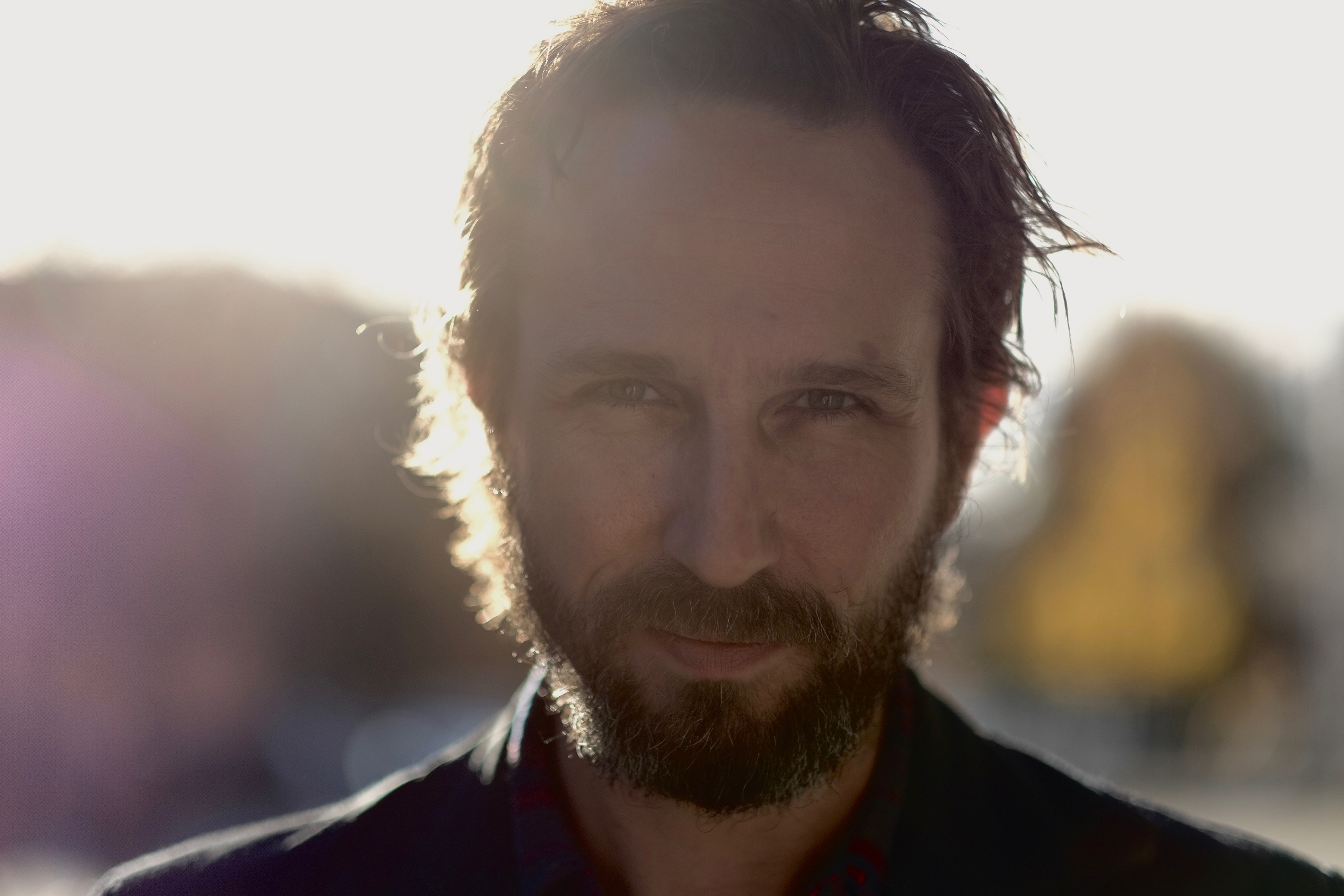 Will Johnson stays busy. Wire Mountain is his 6th solo album and sits atop a back catalog that includes Centro-matic, South San Gabriel, Marie/Lepanto, and Molina Johnson (with Jason Molina of Songs:Ohia/Magnolia Electric Co). When he’s not writing and recording his own projects he’s often contributing to others, like co-producing Austin Lucas’ Immortal Americans, or playing drums in Strand of Oaks.

When he’s not playing music he’s painting. And when he’s not painting he’s trail-running, and then he goes back to paint “Shit I think about while trail-running.”
All of this is to say that while Will may seem like he has a busy mind, he’s calm Texas warmth, present in each moment.
Wire Mountain is Johnson’s first album with the carefully-curated Austin TX label Keeled Scales (who’ve released albums by Buck Meek of Big Thief, Sun June, Twain, and Jo Schornikow), but it’s his second record with Britton Beisenherz at his Austin studio Ramble Creek Recording, and his third time using Texan Matthew Genitempo’s striking photography on the cover. Austin legends Jon Dee Graham and Thor Harris played on the album, as well as minimalist folk-duo Little Mazarn.
Wire Mountain was released world-wide on September 27, 2019
Photos by Sean Dunn
+ Click on the photos get get hi-resolution versions.